The USPF achieved another notable landmark, when in December 2014, the first of its 16 University Inter Campus Connectivity (UnICC) projects was commissioned at the University of Lagos.

The UnICC is one of the projects being implemented to extend ICT infrastructure and services to tertiary institutions. It complements the NgREN project and represents a cross-agency and cross Ministerial collaborative effort between the USPF and National Universities Commission on one hand, and the Ministries of Communication Technology and Education on the other.

This first phase of the UnICC project will deploy over 300 kilometers of 48 core, single mode Optic Fibre Cables (OFC) between the main campuses of 16 Universities and their corresponding medical colleges, in addition to this, the UniCC project is creating and equipping 16 Smart Classrooms at the medical colleges which will be equipped with an interactive smart board, overhead projector, audio visual support systems with lecture recording and playback capabilities and 50 wireless enabled touch screen PCs.

The commissioning was performed by the Chairman of the USP Board and Minister of Communication Technology, Dr. (Mrs) Omobola Johnson. In her address to an elated University of Lagos community, she explained that the “facilities are expected to enhance teaching, research and even daily workings of the Universities and eventually facilitate the creation of the larger NgREN network that will link all Universities, Polytechnics, Colleges of Education and other Tertiary Institutions”. 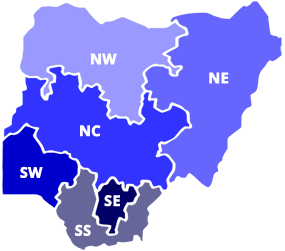